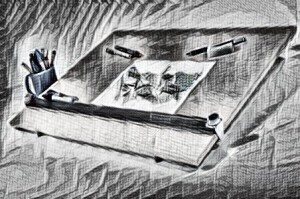 It’s back to the drawing board for a proposed Jefferson County charter school backed by the Walton Family Foundation and the grandson of Walmart founder Sam Walton.

The Jefferson County Board of Education last week denied the application for the Great Work Montessori School, a planned pre-K through 8th grade school that would have been located in east Lakewood, a half-mile from the intersection of West Alameda and South Sheridan.

The school board voted 3-2 to reject the application. The charter board for Great Work can come back in a year and reapply. It is unclear whether it intends to do so. Representatives of the school have not yet responded to a request for comment.

Chief among the concerns by the school board: the charter’s business model. The charter planned to rely partly on grants from the Walton Foundation and on tuition, up to $1,500 per month, from parents of pre-K students, to cover the budget.

Then there’s the involvement of the Walton Foundation. Head of School Amy Malick told The Colorado Independent that the foundation had no involvement with the charter beyond a $250,000 grant, contingent on the charter winning approval from the Jeffco board.

In fact, the school was the brainchild of Walton Foundation board member James Walton, a resident of Golden.

The Independent obtained a letter from James Walton to the Jeffco board that attempted to clarify the foundation’s involvement.  Questions about its role were brought up both in an article last week by The Independent and by a district accountability group, which wrote a scathing 8-page criticism on the lack of transparency in the charter’s application, including the proposed school’s ties to the Waltons.

The Walton Family Foundation has spent millions of dollars supporting school choice, with grants to about 25 percent of the nation’s charter schools.

Walton’s letter dealt with the school’s proposed location, off West Center Avenue in east Lakewood. A property for the school was purchased last month by TGNA Holdings, which also holds title to the land and building of a Walton-backed private preschool in Edgewater.

Walton addressed concerns, raised by the District Accountability Committee, that were specifically directed at him. “I would like to be fully transparent in order to build a long lasting relationship and mutually benefit this community,” he wrote in the Nov. 2 letter.

Contrary to Malick’s description of TGNA as a non-profit, Walton said the company is a Delaware-based single-member limited liability company. TGNA will either buy or sell property on its own behalf, he wrote.

However, while its articles of incorporation show TGNA is a Delaware company, its principal mailing address, according to documents filed with the Colorado Secretary of State, is a post office box belonging to Walton Enterprise, Inc. of Bentonville, Arkansas.

Walton insisted that there would be no overlap in governance among the proposed charter and other Great Work entities. “However,” he wrote. “I am proud to be a donor to GWMS given its honorable purpose to serve and empower parents, children and the local community with high-quality Montessori education.”

“To be further transparent, I can share that I utilize Walton Enterprises, LLC – a family business office serving the decedents of Helen and Sam Walton – for efficiencies in back office, tax and legal support.” Walton Enterprises is listed as the principal mailing address for most Great Work-affiliated entities, including Great Work Education Holdings, which owns TGNA, the landowner for the Montessori school and the private preschool.

“I hope this memo has brought clarity to some of your questions regarding the Great Work Montessori School and my relationship to it as a donor and local supporter,” Walton wrote.

According to a school board policy, charter applications cannot be approved “if fiscal jeopardy or failure to make consistent progress toward their stated objectives is a likely outcome or is evident.”

During the Nov. 3 school board meeting, school board member Brad Rupert said he likes the charter’s emphasis on early-childhood education and its aim to serve a population of students most in need in an area of the county that has few options.

But Rupert said he was more concerned about the financial risk to the district should the charter fail to make its enrollment projections.

Those enrollment estimates have continued to change, and in the wrong direction. The application said the school would eventually enroll 350, then revised it downward to 270, yet it could only produce 124 letters of interest and, according to school board members, it would need at least 140 to open and eventually at least 250.

Even at 270 students, it would make Great Work among the smallest charter schools in the county. Doral Academy, approved by the previous school board a year ago, estimated it would enroll 274 students and so far has 154.

When charters don’t enroll the number of students required to make them financially viable, it becomes a burden either on the district, the parents or the community, Rupert said. “This business model [for GWMS] doesn’t work…I don’t want to start a charter school with that kind of handicap. It’s isn’t good for the community and it isn’t good for children.”

“We’re confident in our ability to get grants,” Malick told the board, citing both the Walton grant and another grant the charter is working on. Other adjustments can be made, too, Malick said, such as not hiring as many teachers and paying only for needed space, a condition of the lease with TGNA.

School board President Ron Mitchell said he, too, likes the creativity and efforts to provide Montessori education to low-income students. But on a budgetary and financial level, “it’s very difficult to think about taking on a school that might cause us to incur fiscal liability or not be successful.”

The charter board’s intentions, whether to obtain grants or to eventually find students “isn’t enough,” and the budget is too reliant on tuition from the pre-K students, said school board member Amanda Stevens.

She initially indicated she would vote to deny the application, but was persuaded by Rupert to give the charter more time to enroll more students and fix the budget issues. When it came time to vote, Mitchell and fellow board members Ali Lasell and Susan Harmon voted to approve a resolution denying the application; Rupert and Stevens voted to reject the resolution.