Jeffco school board says no, again, to Walton-backed charter 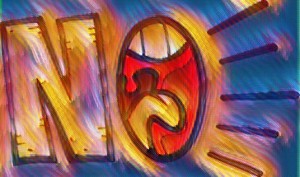 The Jefferson County Board of Education, for a second time, turned down an application for a charter school with ties to the Walton Foundation.

The board voted 3-2 Thursday evening to reject the Great Work Montessori School (GWMS) application. Board members said they worried the charter would not have enough students to open the school and expressed concern about the school’s ties to Walmart’s Walton family and family foundation. One board member accused the charter’s backers of deceiving the board about those ties.

The charter school, which would be located near the intersection of South Sheridan and West Alameda in east Lakewood, plans to be a preK-8 school, with a maximum enrollment of 270 students. In its first year, it would enroll preK through third grade, and add another grade every year until it reaches the eighth grade.

The school board initially denied the charter application in November. In its denial the board said the budget was too heavily dependent on grants and $1,500-per-month tuition for its pre-kindergarten program, which would serve three- and four-year olds.

After being denied by the Jeffco board, the GWMS board took its application to the state board of education, and last month, the state board ordered the Jeffco board to work with the charter on the budget issues and to reconsider its decision. Over the past 30 days, both board members and charter backers worked extensively on the budget, and complimented each other for the collaborative process. But it wasn’t enough.

Related: Rejected Jeffco charter gets second chance from state board of education

Thursday night’s board meeting was packed with supporters and opponents of the Great Work school, as well as those who wanted to chime in on what the board should do with Jeffco Superintendent Dan McMinimee. The board ultimately voted unanimously to begin a national search for a new superintendent.

Opponents of the GWMS application, such as Alex McDaniel of Lakewood, asked the board to once again turn down the charter. McDaniel and his family said they supported the Jeffco board and blasted the state board of education.

“During the appeal, the Colorado state board suggested that failure is a part of taking risks. We are ashamed that they would view a probable failure, such as Great Work, as an acceptable risk where real Jeffco students will pay the lifelong price,” McDaniel said during public comment. “Great Work claims to bring us the gift of choice. But just remember, the Trojan Horse was also a gift.”

Beverly Wadman, a teacher at Denison Montessori who represented the school’s families and staff, also asked the board to turn down the application. GWMS has claimed it would serve low-income students in a diverse neighborhood where Montessori education is not available. But Wadman pointed out that Denison, a Denver Public School that is about a mile from the GWMS site, has been in operation for more than 30 years, is tuition-free and serves the same diverse population. The school accepts students from Jefferson County.

Jennifer Ramsey of Lakewood wants to enroll her children in the charter, if approved. “A solid Montessori education should not be limited to those who can afford an expensive education,” she told the board. “Diversity in our school is what helps children to learn.” And Chase Bongirno, a Jefferson County resident, said the waiting list for other Montessori charter schools in the county is a year long, showing the demand for that education is strong.

But the charter’s backers last night weren’t able to demonstrate that the demand for Montessori has extended to Great Work. Amy Malick, the charter’s “head of school,” said that while it had 60 letters of intent to enroll for the pre-kindergarten, a survey it did earlier this month showed it had only 19 commitments for grades one through three. The board expected at least 161 letters of intent for kindergarten through grade three, with a 50 percent dropout rate, which is standard for charter schools, according to Jefferson County staff.

There’s also the matter of the ties between Walton and the charter. James Walton is the owner of Great Work, Inc., which in turn owns another company, TGNA. TGNA  purchased land for the school with money from the Walton Foundation. The charter board has insisted Walton’s only connection was a $250,000 grant from the Foundation, but an investigation by The Colorado Independent found that James Walton was among those who conceived of GWMS. The Walton Foundation boasts that it has funded one-quarter of the nation’s charter schools.

Jeffco school board President Ron Mitchell on Thursday accused the GWMS board of deception about its ties to Walton. A crossover between a public and private school is a concern, Mitchell said, adding that he doesn’t like “national chain for-profit charters.

“I feel like our board has been deceived…when I ask about who owns the property, I get answer that is not satisfying…I think I could prove that the home office of that organization is somewhere down in Arkansas,” where Walmart and the Walton Foundation are based. (In fact, Great Work, Inc. lists as its principal address the same one listed by the Walton Foundation.)

Malick did not respond to Mitchell’s accusation.

Related: Proposed Jeffco charter finds it isn’t business as usual with school board

The Jeffco board’s decision Thursday night does not come without risk. Prior to the vote, several board members pointed out that if they denied the application again, GWMS could again appeal to the state board of education. The state board could just order the Jeffco school district to accept the charter, and on that, the Jeffco board would not have a right of appeal. The state board  in July ordered the Aurora Public Schools to renew the contract of a charter network, Hope Online, after the school district decided to shutter five five Hope learning centers for poor performance.

That clearly weighed on the minds of the board as it voted, but the financial issues and below-acceptable enrollment projections weighed more.

GWMS is expected to appeal to the state board of education, although it will be a slightly different state board than the one it met with in December.

But it’s not a given that the board will vote much differently than it did in December. The new board chair, Democrat Angelika Schroeder, voted with the board’s four Republicans in December, in a 5-2 vote, to remand the GWMS application back to Jefferson County.